Nancy Folbre, Measurement and a new Political Economy Based on Intersectionality 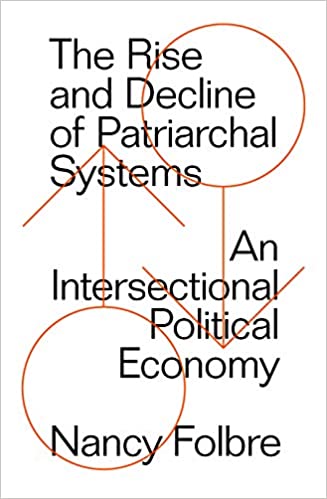 Nancy Folbre, Measurement and a new Political Economy Based on Intersectionality

By Amy McLaughlin, University of Maryland

The Women’s Empowerment: Data for Gender Equality (WEDGE) program, in collaboration with EMERGE, held a se 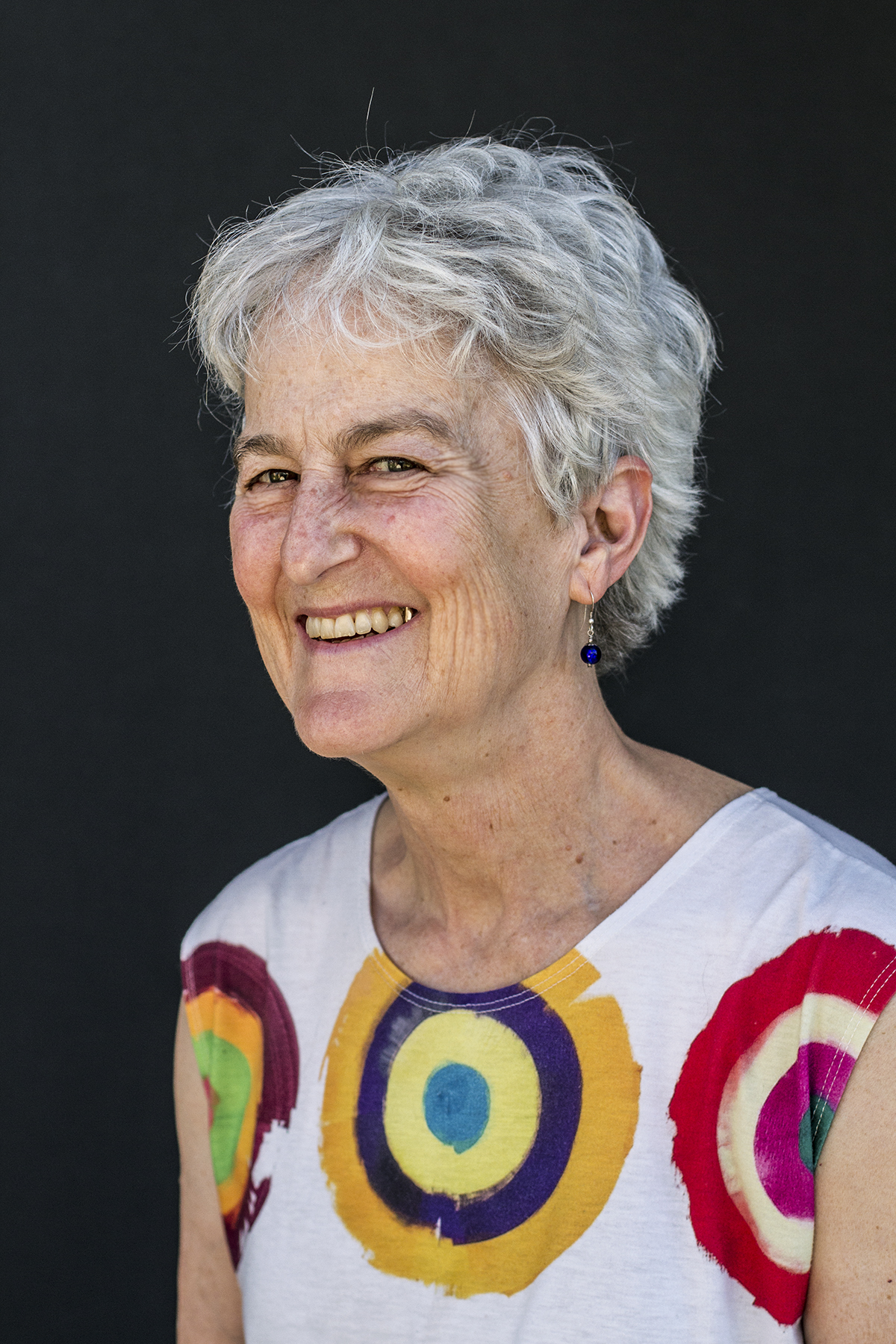 minar with Nancy Folbre, centered on her newly published book, The Rise and Decline of Patriarchal Systems: An Intersectional Political Economy (Verson, 2021). The recording of the seminar is available here.

Nancy Folbre is Professor Emerita of Economics and Director of the Program on Gender and Care Work at the Political Economy Research Institute, University of Massachusetts Amherst, and a Senior Fellow of the Levy Economics Institute at Bard College in the United States. The  book, comprising a wide ranging assessment of ways in which gender inequalities have emerged over time, should be required reading for scholars interested in intersectionality, inequality, care work, political economy, and many other fields. During this seminar, Dr. Folbre focused largely on the methodological implications of her work, presenting an analysis of the “complexity of strategic environments” that can put people both at an advantage and a disadvantage, depending on their social location. The discussants during this seminar were Dr. Paula England of New York University and Dr. Alaka Basu of Cornell University.

The initial building block of Dr. Folbre’s talk is the now accepted but not always acknowledged recognition that no group (including women) has completely unified interests. Every group has members who differ in their status in accordance with the values assigned by the wider society. The implications of this statement are that coalitions are inherently unstable and difficult to maintain. One way through which these coalitions can be built and sustained is by promoting a better understanding of processes that disempower some groups and the extent to which a variety of groups share their experiences of disempowerment. Measuring women’s empowerment (and disempowerment) is a critical component of this process. However, this measurement process remains embedded in social beliefs and ways in which the issues of gender, care, and power are understood.

Some of the indicators that hinder the assessment of women’s true contributions to the social good are as follows:
• the assumption that unpaid work is not really work;
• that childcare is intrinsically so special to women that it is not perceived as work; and
• the hesitation to use an estimate of the market value of unpaid work is an “ideological
devaluation of the work that women do.”

There is evidence, however, that feminist researchers and women’s groups have been able to improve the measurement of certain crucial indicators such as child support, time use data, interpersonal violence, and women’s rights to land.

Dr. Folbre identified several areas in which better conceptualizations are needed for a more nuanced understanding of the importance of care work. She suggested that improved strategies are specifically required for:

• Collection of time use data: These data are generally connected to activities because it is easier to ask about and measure separate activities. In general, however, childcare accounts for approximately 2.5 hours per day, which is much less than the expected time. And yet there is a huge economic impact of childcare on women’s success outside the home. The supervisory component of childcare has not traditionally been captured by time use data, though a growing number of studies now integrate additional ways of capturing how women are spending their time.

• Wage penalties for having children: Dr. Folbre argues that instead of focusing on wages alone, it makes much more sense to measure the lifelong income penalties associated with having children, especially given the changing marital composition through the life course. This is because concentration in care work, away from wage work, imposes these lifetime penalties that are not fully captured in literature, especially for less educated women employed in low-wage jobs.

• The limits of standard assessments of the cost of having children: There is a need to broaden our understanding of what makes up the entire cost of raising and educating children who, as adults, can function as productive members of society. In this context, we need more information on how costs pertaining to time, housing, and education are a part of child raising.

• How “choice” becomes an explanatory variable for the wage gap: This refers to the tendency to control for occupation and industry on the premise that women “choose” occupations in industries that lead to lower paying jobs. Dr. Folbre argues that just because women may ‘choose’ lower paying jobs (leaving aside questions of socialization and vocational tracking), it does not imply that tolerating inequality is acceptable. She calls this
way of thinking “a relic of neo-classical economics that really needs to be challenged.”

• Universally using the Gross Domestic Product (GDP) as the indicator of a successful economy: Using GDP as a universal indicator leads to the neglect of far more valuable assets like unpaid and care work, unpriced national assets, and ecological services. A society that succeeds in developing human capabilities should be the gold standard, where GDP is only one among the many input variables needed to achieve that goal.

In sum, Dr. Folbre called for coalitions built on the understanding that investing in human capability is a fundamental requirement for being able to face collective problems such as pandemics, climate change, and poverty. 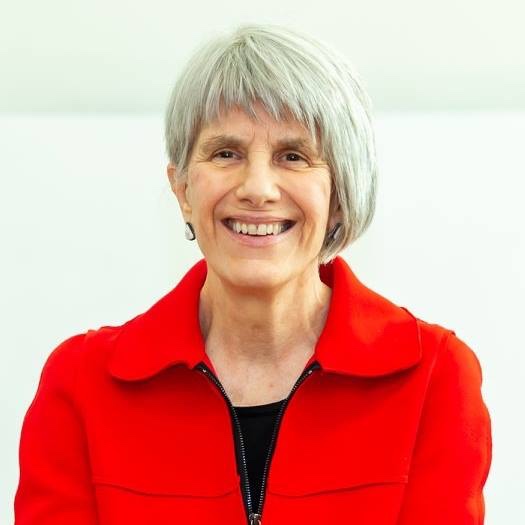 Dr. Paula England is Silver Professor of Sociology at New York University and former President of the American Sociological Association. She has authored the book, Households, Employment, and Gender and Comparable Worth, as well as many articles and chapters in other books. Her research has focused on occupational sex segregation, the sex gap in pay, the effects of motherhood on women's earnings, contraception, non-marital births, and sexualities.  Dr. England noted that the signature issue in Dr. Folbre's book is care, and thereby the central question it examines is, “How do we think about distributional issues differently if care is central to the political economy?”

Dr. England first unpacked the meaning of intersectionality, noting its relevance to issues of race, class, nation, and
sexual orientation. She also emphasized that it is not just all women who do more care work, but that women of color
tend to do more such work, particularly women of color belonging to the global south. People who are marginalized in terms of class and race are more likely both to give care and to need care, which could be a basis for coalition-building. She then turned to comment on Nancy Folbre’s methodological critiques. Dr. England agreed that wages are just the “tip of the iceberg” when it comes to determining how motherhood affects a woman’s economic well-being. This is particularly applicable to wage penalty analyses which, by leaving unemployed women out of the equation, really under-assess the magnitude of the penalty imposed on women. She also concurred with Dr. Folbre’s contention that preferences for occupations get gendered through various social processes, and it is incorrect to disregard that this is happening. It is not a valid reason for the unequal compensation paid to women. 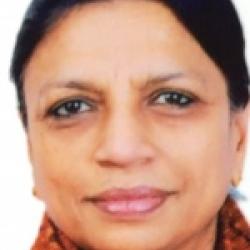 Dr. Alaka M. Basu is a Professor of Development Sociology at the Cornell University in Ithaca, New York. She has taught and worked in both India and the US, and brings a unique perspective to the discussion on how cultural and social constraints shape gender relations. Interestingly, her presentation was entitled, “Why can’t a man be more like a woman?” She began by pointing out that Dr. Folbre’s book has many ideas about measures that go beyond the field’s typical measurements of areas related to women’s empowerment, like mobility, control over money, and decision-making power. Dr. Basu asserted that much more information is needed about women’s access to leisure time, which does not include care work but which is also an important measure of women’s empowerment.

Subsequently, Dr. Basu focused on the formation of coalitions that are shaped by intersectionality. She suggested that both incremental change and key moments can engender coalitions and social change. Incremental change includes factors like labor-saving technologies, public transport, family planning, labor force participation issues, and infrastructure, all of which can be categorized as slower paced interventions. However, it is key moments that can unite disparate communities and bring about a large shift. An example of such an event is the Cairo International Conference on Population and Development held in September 1994, where substantive discussions among the delegates actually led to a change in the agenda from population targets to global human rights work. These key moments serve to bring people together notwithstanding their differences.

Dr. Basu concluded her talk by discussing an image of pyramidal inequality, which shows how those who benefit the most from inequality (placed at the top of the pyramid), are actually quite few in number, and that though we tend to think of ‘all’ men as benefiting from the current system, hegemonic norms of masculinity fail most men. This is a key point to be considered for forging intersectional alliances and for developing more knowledge and awareness about how most men also suffer under the current norms of masculinity. Such discussions could open up additional pathways for change. She ended her comments with a call to invoke certain male measures of dis-empowerment (see image below).

The seminar culminated with a stimulating question and answer session. Please watch the recording here.