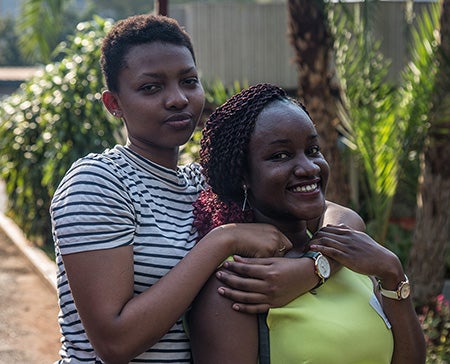 By  Aletheia Donald and Markus Goldstein

When we get two different people to respond to the same survey question, we often don’t know what to do with their answers if they disagree. “It’s just noise” is a common refrain. In our paper with Jeannie Annan, Paula Gonzalez Martinez and Gayatri Koolwal, we show that in the case of 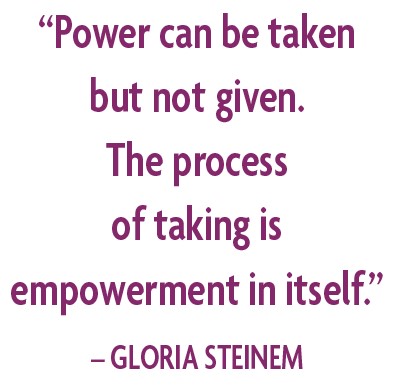 household decision making, that there is some signal, perhaps even a measure of power, in the discordance.

This insight builds on a classical conceptualization of empowerment which has been discussed across literatures (e.g., Batliwala, 1994; Freire, 1990; Rowlands, 1995), but not operationalized as a common survey measure. Specifically, we argue that women “taking power” (declaring higher decision-making ability for themselves than husbands report about them, when both are separately asked about intrahousehold decision-making) versus the case when they are “given power” (the husband reports higher decision-making for his wife than she does for herself) captures an important dimension of empowerment, prominent in theoretical work but not as well addressed in the empirical empowerment literature.

Let’s start with the basic question: “who usually makes decisions about making major household purchases?” This question is a core question in the Demographic and Health Surveys and in many cases they ask both the wife and the husband in the household. And possible responses include the husband alone, the couple jointly or the wife alone.

We took a look at 23 countries in sub-Saharan Africa where this was asked to both husbands and wives, from 2010 to 2016. Amongst the 71,000+ households who responded, there is disagreement in about half of the cases. The table below from the paper shows the patterns of disagreement.

Looking at the area to the right of the shaded disagreement, we can see cases where the wife takes power. For example, in 15.8 percent of households he says he is the one in charge but she says, no, this is a joint decision. And to the left of the agreement diagonal are cases where he gives her more power than she says she has. For example, in 5.1 percent of the cases she says it’s a joint decision and he says, no she is in charge alone.

So maybe someone is just confused. Or maybe we caught them on different days. But we checked, and the response differences were significant and systematic in virtually all countries in our data—so we went to see if there was something deeper going on.

Now, a fairly common measure of her having power is if they agree she is a decisionmaker, either alone or jointly with the husband. We ran a regression where the outcome was the wife taking power (as defined above) versus this standard measure. And on the righthand side we put a bunch of the usual variables used to represent bargaining power. Our results indicate that this directional disagreement is picking up another kind of power.

When we compare the wife taking power to the husband giving power instead of the agreement that she has decision-making role, the pattern of correlations is noticeably different. For example, in this case, her working off farm is positive correlated with her taking power, while her not working at all is negatively correlated. So it seems that these measures of directional disagreement are picking up a different underlying power process compared to the case of uncontested power where they both agree she makes decisions. But does this also show up when we look at outcomes?

What about her kids? Well, the probability of one of her female children being stunted is reduced by 5.4 percentage points if they agree on her decision-making role, 4.7 percentage points if she takes power (and this is not statistically different from the agree state), and 2.3 percentage points if he gives her power. So for the girls, it’s better if mom is in charge – with or without dad’s agreement. The same ranking doesn’t come through for boys though – in their case stunting is the lowest if parents agree, followed by either the husband giving power or the wife taking it. Of course, in all of these cases, some decision-making role for the wife is better than none.

We might expect that this contention over decision-making power is also associated with other manifestations of conflict in the relationship. Indeed, she is 3.1 percentage points less likely to report having experienced emotional violence when they agree that she has some decision making power, compared to when they agree that she has no decision making power. On the other hand, if the husband gives power, she is 1.5 percentage points more likely to report emotional violence, with this number increasing to 3.1 percentage points if she takes power. For physical violence, we see a slightly different ranking – again, agreement that she has a decision-making role is associated with lower violence, but while the wife taking power has a higher positive point estimate than the husband giving power, they are not statistically different.

So, these are a bunch of really interesting correlations. They suggest that as we go out and get different answers to these decision-making questions, we are picking up facets of power – and facets that correlate with real outcomes for women and their children. And it reminds us of Gloria Steinem’s quote: “power can be taken but not given. The process of taking is empowerment in itself.”

Here’s looking to improving our measures of how power in households is understood, shifted and contested, and what helps make this happen. For more information and to get in touch, check out our Measures for Advancing Gender Equality (MAGNET) initiative, a collaboration between the World Bank’s Africa Gender Innovation Lab (GIL) and Living Standards Measurement Study (LSMS) teams, the International Food Policy Research Institute (IFPRI), the International Rescue Committee (IRC), and researchers at Oxford University.

A version of this piece was previously published here. 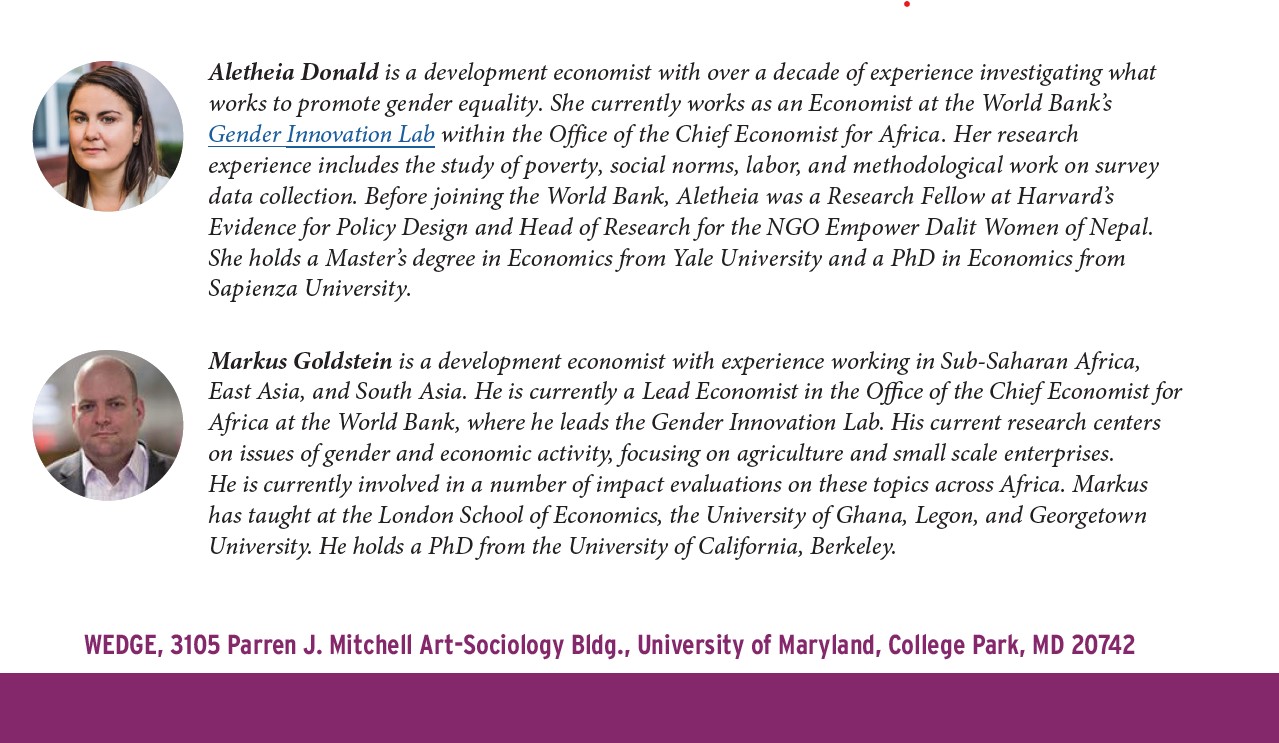