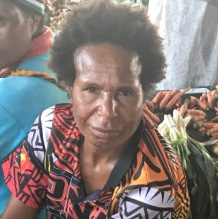 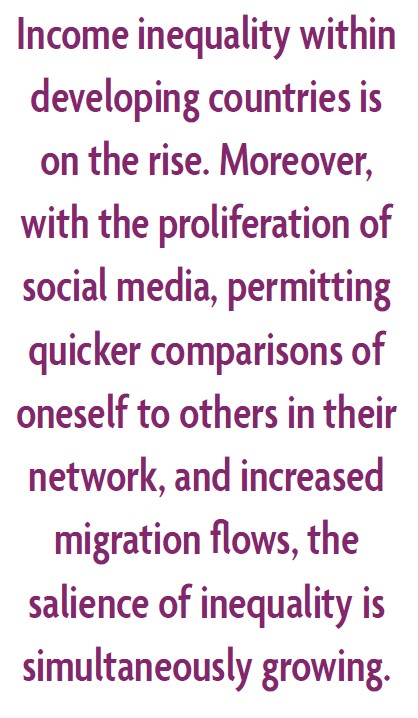 How do perceptions of relative economic status affect gender attitudes regarding women’s economic participation and decision-making authority in their household and community? Several recent trends highlight the importance of this question. Income inequality within developing countries is on the rise (Ravaillon 2014). Moreover, with the proliferation of social media, permitting quicker comparisons of oneself to others in their network, and increased migration flows, the salience of inequality is simultaneously growing.

Normally, it is hard to say how swings in household income in either an absolute or relative sense affect gender outcomes. Many factors simultaneously affect both variables of interest, which confound attempts to attribute causality (known as “omitted variable bias”). For example, increases in education can change both income and gender attitudes. Gender attitudes may also directly affect household income (which may give rise to a phenomenon known as “reverse causality”), further complicating the search for a causal relationship.

Priming experiments related to household income provide a useful means of understanding how gender attitudes may change with these ubiquitous fluctuations of absolute and relative economic conditions found in developing countries.

In two distinct contexts—those of Papua New Guinea or PNG in 2018 and Nepal in 2019—we used a priming technique first developed by Haisley, Mostafa, and Loewenstein (2008) and Mo (2012; 2018) to subtly induce the experience of low relative income for a random set of respondents. Specifically, we asked individuals about their annual household incomes, and offered five answer choices reflecting different income ranges. For half of the respondents, we offered answer choices such that the vast majority would fall in the lowest income bracket. For the other half, we offered different answer choices such that the vast majority would place their incomes in the middle income bracket.

The logic of the prime is that respondents derive information from researchers and their survey questions; they interpret the middle of the set of ranges offered as the typical, or normal response (e.g., Shwarz et al. 1985). Thus, the first set of individuals is primed to feel relatively poor, while the second set is primed to feel more neutrally about their relative economic standing. Indeed, in both country contexts, we show that the prime had its intended effect. Note that the effect is intentionally subtle and the design leverages what scholars have learned about how interviewees react to survey questions. In other words, the commonplace survey question that asks individuals about their income offering income categories has an effect on how respondents think about their relative position.

We interviewed over 1,000 female and male adults in PNG and over 2,000 in Nepal, randomizing the receipt of one of the two primes prior to the respondents being surveyed about gender attitudes.

PNG
Our study of PNG, “Perceptions of Relative Deprivation and Women’s Empowerment,” co-authored with Emily Schmidt and Jie Song and published in World Development (Kosec et al. 2021), revealed that some aspects of gender attitudes are sensitive to perceptions of relative poverty. Specifically, feeling that one’s household is relatively poor increases support for women’s paid employment among both men and women. This is not surprising in this context; our focus group discussions revealed that PNG is a context in which out-migration is relatively infrequent, and women’s increased economic participation is seen as a means of smoothing household consumption.

This might be interpreted as evincing a potential upside to feeling relatively poor; at least in low-income and highly gender unequal contexts such as that of PNG, some norm-based constraints limiting women’s labor force opportunities might be relaxed when individuals feel economically worse off.

However, we simultaneously find two troubling effects. First, our focus group discussions highlighted that support for women’s increased economic participation would not alleviate their unpaid domestic and care work. Instead, feeling relatively poor elicits more support for women “doing it all”—generating income outside the home without reneging on any of their usual household chores. This accords with more recent feminist scholarship showing that increasing women’s economic participation is not by itself empowering.

Nepal
In contrast, our ongoing work with Margaret Boittin and Soo Sun You in Nepal, described in our registered pre-analysis plan, has found that increased perceptions of relative deprivation have little effect on either men’s or women’s attitudes towards women’s economic participation itself. This is perhaps not surprising in this context. Nepal is a high out-migration context, with some recent accounts estimating that nearly half of the country’s households have a member who has worked overseas; the vast majority of these migrants are male (IOM 2019). As such, women’s increased economic participation may be seen as a less important means of smoothing household consumption in Nepal as compared to PNG.

Men’s attitudes toward women’s proper roles in decision-making also largely remained unchanged. However, feelings of relative deprivation led women to decrease their support for women bucking traditional gender roles within the household. These findings are in contrast with what we observed in PNG. Differences in findings in the two country contexts could reflect the higher likelihood of male (as opposed to female) labor supply adjustments in response to a shock meaning that women need to take on even more of the domestic work (e.g., as men are away). It could also reflect concerns regarding Intimate Partner Violence (IPV) and/or a sense that women are highly economically dependent upon men (Dhungel et al. 2017). That is, married women may view ceding decision-making authority to potentially disgruntled husbands as the most effective way to decrease IPV and increase their economic security.

Overall, the results of both studies underscore the deleterious effects that feelings of relative deprivation can have on women. In PNG, they appear to increase the potential for within-household conflict over decision-making and saddle women with additional work. In the context of Nepal, they appear to lead women to cede decision-making authority to men, possibly due to a perceived increased need to fulfill traditionally female roles in response to either male absence or to prevent IPV.

Acknowledgements: This research was part funded by the Australia Department of Foreign Affairs and Trade (Grant Number: 73869) and the CGIAR Research Program on Policies, Institutions, and Markets led by IFPRI. 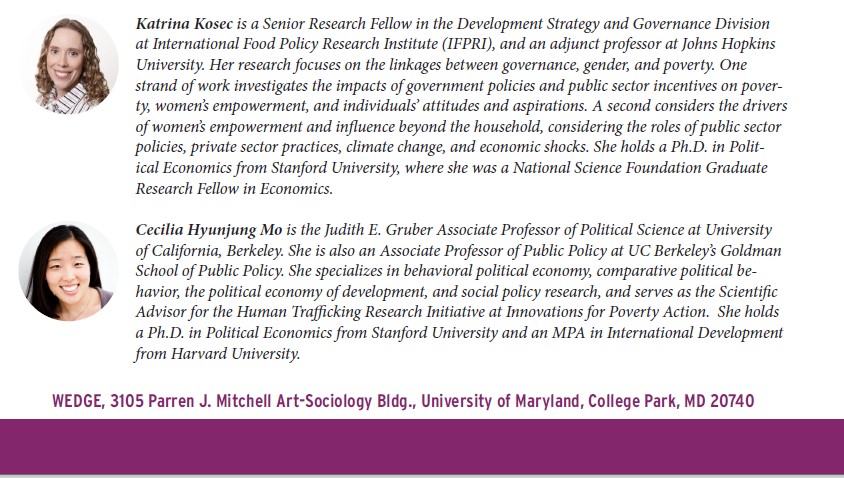